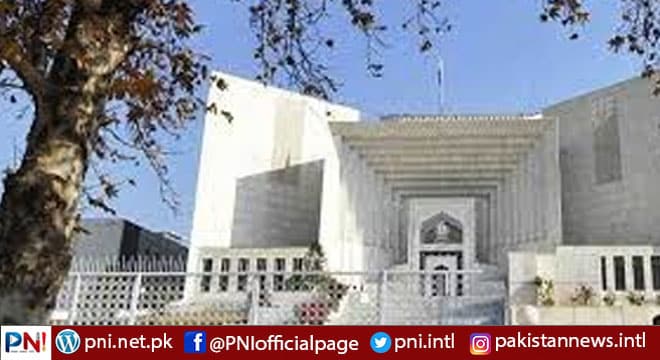 A two-member SC bench comprising Chief Justice Gulzar Ahmed and Justice Muhammad Ali Mazhar heard the case.
During the course of proceedings, the counsel for NADRA apprised the court that a woman named Parveen Akhtar visited NADRA center to change her Computerised National Identity Card (CNIC). The woman’s husband’s name was Irshad Ahmed but mistakenly Usman Yusuf Mobin was written on the card, he added.

He said Usman Yusuf Mubeen was the chairman of NADRA at that time.
Upon this, the Chief Justice asked how was it possible that such an error occurred in data entry?
Muhammad Boota said that the woman who entered data incorrectly was reinstated.

The Chief Justice addressing Boota said that it was his responsibility to review the data as an in-charge.
Muhammad Boota said that everything would had been cleared if there had been an inquiry. The ID card was also signed by the Chairman NADRA, he added.

He asked if he was responsible as an incharge then why not the chairman NADRA who gave the final approval. He said that he was dismissed from service without any inquiry. Another entry was later made in the name of Usman Mubeen but no action was taken, he added.