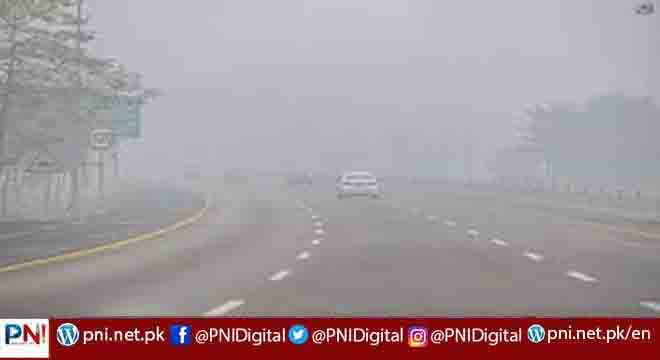 ISLAMABAD, Dec 02 (APP):Pakistan Meteorological Department (PMD) in its advisory issued on Friday said that the intensity of foggy conditions in plain areas will be increased in the coming week during the night and morning hours.

The Met office informed that due to persistent dry weather, foggy conditions are likely to continue during the coming week
with increasing intensity, particularly during night and morning hours.

Partly cloudy to cloudy weather conditions are expected in Gilgit Baltistan, Chitral, Dir, Swat, Mansehra, Kohistan and Kashmir with chances of light rain with snowfall over the hills from December 2-3.

“Cold and dry weather is expected in most parts of the country. However, partly cloudy weather with light rain/ snow over the mountains is expected in Gilgit-Baltistan and upper Khyber Pakhtunkhwa. Foggy conditions are likely over plain areas of Punjab during night and morning hours”, the report states

During the last 24 hours, cold and dry weather prevailed over most parts of the country, while very cold in Gilgit-Baltistan and north Balochistan during night and morning hours. Foggy conditions occurred in a few plain areas of Punjab.