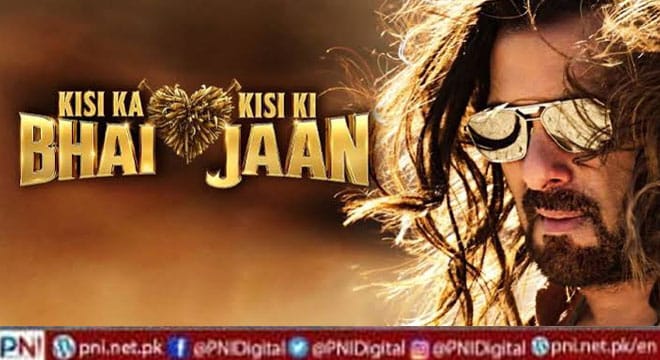 MUMBAI, Dec 01 (Online): Salman Khan fans are quite excited as the actor will be seen next in the third installment of the popular ‘Tiger’ franchise and also ‘Kisi Ka Bhai Kisi Ki Jaan’ since the title itself has left people in awe. It’s also been a while since the fans got to experience his larger-than-life aura on the big screen since his previous release ‘Radhe: Your Most Wanted Bhai’ had released on OTT in 2021.

But next year, the actor will be seen in back-to-back movies . As per a report in India Today, Khan has wrapped up ‘Kisi Ka Bhai Kisi Ki Jaan’ even though the film will release next year on Eid – April 21, 2023. As per the report, Salman was sported in an all-black look outside the sets. He wore a black vest and a lungi as he shot a special song. Fans will get to see a new avatar of Salman as he has donned a long hair look in the film.

Initially, the film was set to release this year in December but it was pushed to Eid 2023. Meanwhile, ‘Tiger 3’ has been pushed to Diwali 2023. ‘Kisi Ka Bhai Kisi Ki Jaan’ is directed by Farhad Samji and produced by Sajid Nadiadwala. The film stars Pooja Hegde and south star Venkatesh. It is slated to be Shehnaaz Gill and Palak Tiwari’s big debut.

Reportedly, the film will also star Bhumika Chawla and Bhagyashree in pivotal roles.