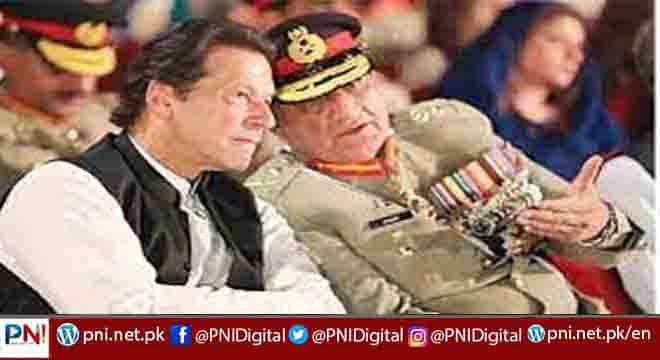 ISLAMABAD, January 27 (Online): Interior minister Sheikh Rashid has said here is no difference between army and Prime Minister (PM) Imran Khan and both are on the same page because this is in the benefit of the country.

‘It is government endeavor that Nawaz Sharif returns to Pakistan. Efforts are underway to sign agreement for bringing the criminals back to Pakistan. We sent Nawaz Sharif on our own and it is our mistake. It is feared that terrorism related incident may escalate in next two months”, he said this in an interview with British Broadcasting Corporation (BBC).

He remarked government and establishment may have differences in the views, But it is not as such that they are not on one page.
It seems from the government side that correct preparation may have not been made while filing the cases in the court, he underlined.

He observed opposition wants that relations between Imran Khan and military leadership are deteriorated. But neither establishment is so simple nor Imran Khan is so simple.

He stated votes were cast to Imran Khan to bring the dacoits,thieves and corrupt people under the scanner of law. Accountability was major slogan of Imran Khan. But we could not achieve success at such level which we should have achieved.
He remarked we are striving since the last three and half year to bring back Nawaz Sharif. Efforts are underway for reaching an extradition treaty to bring back criminals and suspects settled in UK.

“We ourselves sent Nawaz Sharif. It is our mistake., he said.

He remarked Nawaz Sharif succeeded in throwing dust in the eyes of all and went abroad. It is government endeavor to bring back those who are wanted by the courts and government.
We could not make possible return of Ishaq Dar to Pakistan despite best efforts, he added.
Not only the matter of bringing not back Nawaz Sharif to Pakistan is reason of Shahzad Akbar resignation and differences between PM Imran Khan and Shahzad Akbar but also this that we could not bring back money to Pakistan. Corruption of billion of rupees was committed. Rs 4.4 billion have been recovered from the account of an employee. Only Shahbaz Sharif is facing the charges of money laundering of Rs 16 billion. But we could not bring back money.

There is room for improvement in every place in the process of accountability, he underscored. We need to work out cases with full preparation. The lawyers should be well experienced.

There is no lack of will in Imran Khan, he observed. Imran Khan says giving NRO will be treason.

He expressed apprehension of increase in the incidents of terrorism in the country in next two months. But we will succeed in containing this wave of terrorism.
The system for collecting information and fighting against terrorism in Pakistan is better considerably.

About termination of ceasefire with Proscribed Tehreek-e-Taliban Pakistan (TTP) he said TTP was demanding for the release of those prisoners who are serving prison terms in Pakistan. This is next to impossible to release such hardened prisoners. Therefore, TTP demands cannot be accepted.

We extended offer to integrate TTP into national mainstream after their surrender. But TTP violated ceasefire agreement, he added.