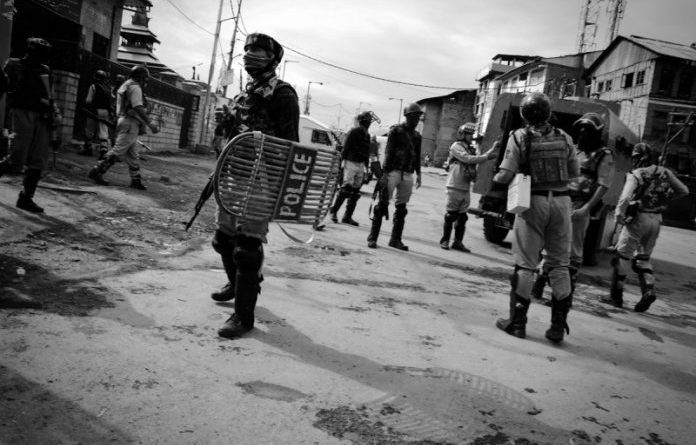 ISLAMABAD, The history of Indian Illegally Occupied Jammu and Kashmir (IIOJK) is littered with several carnages, including of Chota bazar that tells a horrendous story of violence carried out by the Indian forces with impunity.

Thirty years on, the memories of Chota bazar massacre still haunt the Kashmiris whose loved ones were slaughtered by Indian occupation troops.

On 11 June 1991, nearly a dozen Central Reserve Police Force (CRPF) men came out charging from their camp situated near the Government Medical College (GMC) Karan Nagar. Blood in their eyes, they fired indiscriminately at shopkeepers, passersby not even sparing women and children.

By the time their guns ceased to boom in the adjacent Chota Bazar locality, a dozens of innocent civilians had been killed in what remains one of the bloodiest massacres in Kashmir till now.

A senior police officer who served during that period told a local news agency that all those killed in the CRPF firing were “civilians”.

“The authorities ordered a probe and Justice Mufti Jalaluddin headed an inquiry commission into the incident. Late Advocate Jaleel Andrabi pursued the case vigorously for some years. However, after his killing by Indian army and the transfer of Mufti Jalaludin, the case went into oblivion,” the police officer said.

Even to this day, a criminal case stands registered against the CRPF under section 302 at Karan Nagar police station. However, due to India’s patronage of state-terrorism, such cases remain unattended while the families of victims await justice.

The aim of committing carnages like Chota Bazaar by Indian troops is to instill fear among of the Kashmiris, whereas the resilient Kashmiris remain determined to carry on freedom struggle against all odds.

Time has showed that the war crimes of India cannot be hidden from the world, neither can discourage the Kashmiris.

Pakistan at several international forums has highlighted the genocide being carried out by India against Kashmiris, awaiting support from the responsible world.

In Kashmir, the incidents of killing escalate and the killers roam free. The mass murderers walk in the streets fearlessly after killing innocent people, now buried in unmarked graves.

Hardly a day goes by when the Kashmiris are not targeted for showing resistance to the Indian illegal occupation.

The situation poses a question on the credibility of the global champions of human rights which maintain their silence on India’s death and destruction policy in IIOJK.

Since 1989, more than 80,000 Kashmiris have been killed and to date, none of the perpetrators have been brought to justice.

US medical experts to vote on Pfizer Covid boosters

Storm Nicholas upgraded to hurricane as it heads for Houston: NHC

A view of tomb of Khan-e-Jahan Bahadur Kokaltash a 17th century tomb of a Mughal governor that located in Mohalla Ganj, Khan-e-Jahan Bahadur Zafar Jung Kokaltash served as Mughal Subehdar (governor) of Lahore from 11 April 1691-1693. In mid of 1693, Emperor Aurangzeb Alamgir dismissed him from this office. Four years later, Khan-e-Jahan died on 23 November 1697 and buried the location of this tomb. Historic evidences obscure about Khan-e-Jahan. Historians have different views about that who is buried here. Historian Kanhaiya Lal giving remarks that he was a Vizier and Umra-ul-Umra during the reign of Mughal Emperor Akbar and he died in 1602. But later Mughal History, we can find who buried here

LAHORE: A view of tomb of Khan-e-Jahan Bahadur Kokaltash a 17th century tomb of a Mughal governor that located in