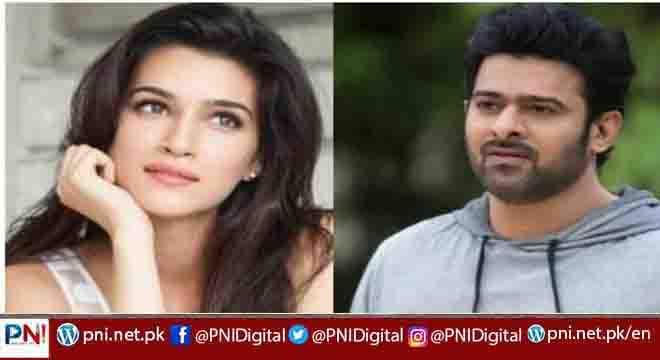 NEW DELHI 30 Nov (Online): Kriti Sanon opened up about her dating rumors with Prabhas on Tuesday and clarified that the rumors are absolutely baseless, Hindustan Times reported.

Kriti took to her Instagram handle on 29 November night and wrote that “It’s neither pyaar (love), nor PR.. our Bhediya just went a little too wild on a reality show.

And his fun banter lead to some Howl-arious rumours.”
She further said that “Before some portal announces my wedding date-let me burst your bubble. The rumours are ABSOLUTELY baseless!”

Recently, Kriti and Varun appeared on the reality dance show Jhalak Dikhla Ja 10 for the promotion of their film Bhediya. During the conversation with filmmaker Karan Johar in the show, Varun hinted that Kriti and Prabhas are in a secret relationship.

Kartik was recently seen in Bhediya along with Varun Dhawan. The film was released on November 25, 2022.