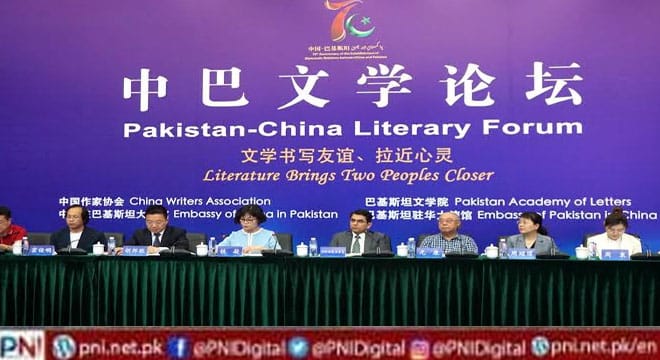 BEIJING, December 1 (ONLINE): Two imported books from Pakistan were announced to be officially launched in China, during the recently concluded Tianfu book fair in Sichuan, China. The book release will be the maiden voyage of Pakistani women’s literature to Chinese readers.

According to a report of China Economic Net (CEN) two novels, “I Can Still Live Like the Wind:Pakistani Women’s Writing” and “Ginat”, are both written from women’s perspective.

They are the first batch of books imported from Pakistan under the CPC Central Committee’s Publicity Department’s ‘Plan for Translation of Asian Classic Works’.

The plan aims to assist Asian countries to deepen their understanding of one another, and offer a platform for nations to share cultures and gain insight from one another.

“As one of the birthplaces of ancient civilization, Pakistan has a rich history and cultural resources. These two books take readers on an exhilarating culture journey through the aesthetics of Pakistani poetry and literature.

The books can also serve as a gateway for Chinese readers to better understand Islamic culture ” Xiao Jianmei, Researcher from China Center for South Asia studies, Sichuan University commented during the warm-up forum.

Deng Aili, chief editor of ‘I Can Still Live Like the Wind:Pakistani Women’s Writing’ said that“The stories in this collection mostly deal with ordinary people’s daily lives in Pakistan, and the writing style is exquisite, expressing the observations and thoughts of modern female writers in Pakistan.”

She further stated that the book’s publication aims to promote literary communication between China and Pakistan, and to meet Chinese readers’ desire to understand Pakistani women’s literature.