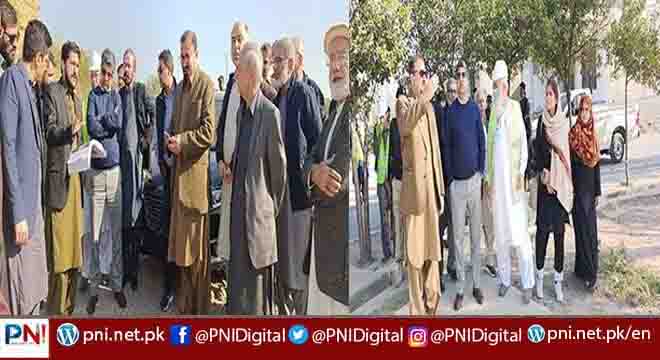 The sanitary landfill site has been framed for the efficient management of municipal waste while sewerage treatment plant will cater the issues related to waste water management.

Under this project the municipal waste will be collected from every household within mardan city and will be reused for other environment friendly purposes and utilization.

He said through the Sewerage Treatment Plant (STP) project the domestic sewerage connections of six urban union councils will be connected with STP for treatment and reuse for irrigation purpose.

The projects includes in KPCIP will cater the issues related to sanitation and management of solid waste and waste water.

Umar Ali Shah from ADB Mission shown satisfaction over the ongoing development projects, and stated that the projects will be completed in consultation with all the stakeholders.

MPA Zahir Shah Toru said that the provincial government is trying to improve the living standards of the citizens. The Khyber Pakhtunkhwa Cities Improvement Project has been launched in five cities of the province with the aim to provide imporved sanitation services to the citizens.

All the stakeholders assured that they will play an active role as well as positively support the project to make Mardan a clean and liveable city.