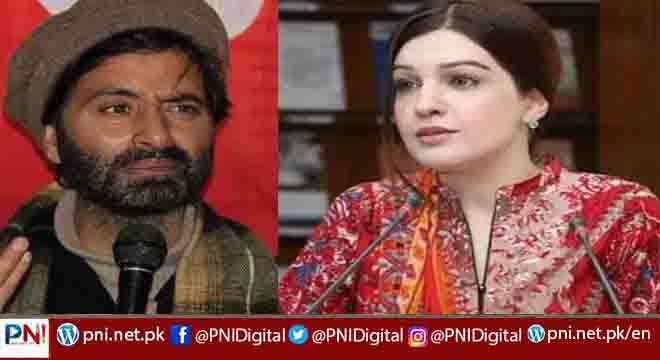 Addressing a seminar organised here on Friday by Islamabad Policy Research Institute (IPRI) on International day for the elimination of violence against women, she said that Indian occupying forces were using rape as a weapon of war
to punish the entire Kashmiri community.

She said that rape and violence used as a weapon of terror constitute a crime against humanity and those responsible should face criminal sanctions.

Mushaal said that the Indian army, police and paramilitary forces involved in sexual violence since 1989 and more than 11,000 women have been raped or gang-raped by Indian occupying forces in IIOJK.

She further said that most vulnerable people in war zones areas are women and children.

Mushaal explained that women in IIOJ&K have horrified titles of half-widow or half mothers and according to Kashmir human right organisation, around 2,500 women have been forced to live as half-widows.

She also cited the report of Kashmiri human rights organisations that revealed that 22,944 women have become widows as a result of the ongoing state terrorism by India since January 1989, as their husbands were killed by Indian forces or police.

Narrating her own story, Mushaal said that she and her two-year-old daughter also faced a worst kind of mistreatment in IIOJ&K when she went there to meet her husband.

She asked the International community and global rights bodies to come forward as women in IIOJK have been enduring egregious human rights abuse, including sexual violence, rape, and molestation for over seven decades.