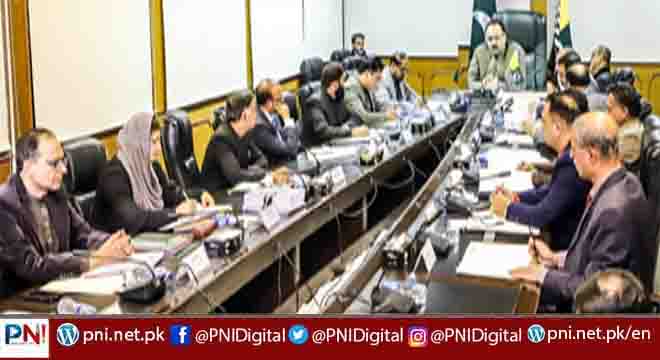 The meeting was attended by government ministers, secretaries and heads of departments and other relevant officials.
During the meeting, 4 projects costing 2 billion 36 crore 57 lakh 48 thousand rupees were approved. These projects included one each for Physical Planning Housing, Communication and Works department, IT and Industry Department.

The projects approved by the Cabinet Development Committee were relating to the construction of the District Judicial Complex in Muzaffarabad, slide management and control of important highways of Poonch Division, computerization of land records phase two and construction of a building for Government College of Technology, District Bhimbar.

Speaking on the occasion, Prime Minister Sardar Tanveer Ilyas said that development projects should be completed in a timely and transparent manner.
He said that there would be no compromise on the quality of work. “The mission of the PTI government is to bring a revolution of construction and development in the liberated territory”, he said adding that uniform development across the state was his government’s first priority. “We will live up to the expectations of the people who have placed their trust on us”, he said adding that the government would fulfill the promises it had made with the people.

He said that Secretaries should ensure effective monitoring of development projects so that timely completion of projects was made possible.

While preparing the PCs of the projects, the PM said comprehensive planning should be done and special care should be taken to ensure that the natural environment was not affected by the development projects.