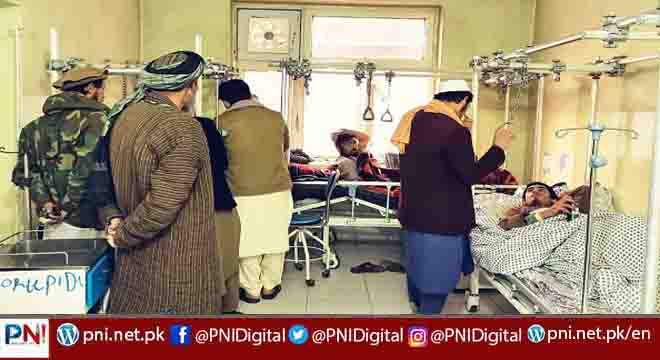 Kabul, Nov 30 (AFP/APP):At least 19 people were killed and 24 others wounded Wednesday by a blast at a madrassa in Afghanistan’s northern city of Aybak, a doctor at a local hospital told AFP.

There have been dozens of blasts and attacks targeting civilians since the Taliban returned to power in August last year, most claimed by the local chapter of the Islamic State (IS) group.

The doctor in Aybak, about 200 kilometres (130 miles) north of the capital Kabul, said the casualties were mostly youngsters.

“All of them are children and ordinary people,” he told AFP, asking not to be named.

A provincial official confirmed the blast at Al Jihad madrassa, an Islamic religious school, but could not provide casualty figures.

The Taliban, which frequently plays down casualty figures, said 10 students had died and “many others” were injured.

“Our detective and security forces are working quickly to identify the perpetrators of this unforgivable crime and punish them for their actions,” tweeted Interior Ministry spokesman Abdul Nafay Takor.

Images and video circulating on social media — which immediately be verified — showed Taliban fighters picking their way through bodies strewn across the floor of a building.

Prayer mats, shattered glass and other debris littered the scene.