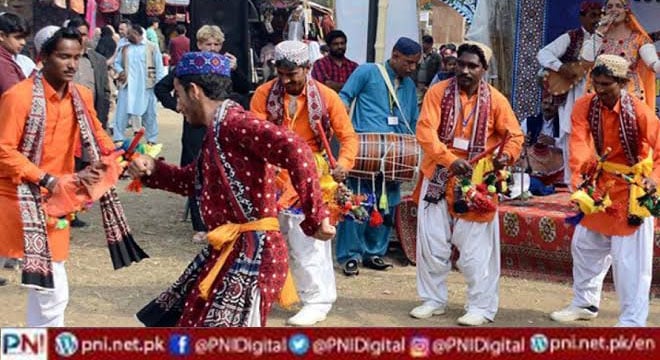 ISLAMABAD, Dec 3 (APP):Adviser to Prime Minister for National Heritage and Culture Engr Amir Muqam on Saturday said that the annual Lok Mela festival was playing a significant role in promoting the country’s soft image effectively and connecting people with their rich cultures.

In an exclusive talk with PTV news, he said that the 10-day event aimed at promoting and preserving arts, crafts, culture, folk music, and traditional skills of Pakistani people.

While lauding the services of Lok Virsa management for organizing such an excellent folk festival, he said everyone, including artists, sponsors, and organizers contributed towards making the Mela a success, which was evident from the number of visitors.

This unique event has now become a symbol of the federation’s recognition where people from all provinces are actively taking part and presenting their cultural shows to entertain visitors, he added.

He also welcomed all the participants of the mela and said that his ministry is determined to the conservation, preservation, and propagation of the folk cultural heritage of Pakistan.

The events like Lok Mela are a priority of the present government as these promote Pakistan’s traditional culture and provide healthy entertainment for the people, he said, adding, last year due to the COVID pandemic the event was canceled but now we again revive its activities.

He also expressed the hope that the Mela would play an important role in promoting harmony, brotherhood, national integration, and cultural understanding.

“Pakistani people are hospitable and we need to highlight the correct image of the country at national and international levels”, he added.

Replying to a question, he said his ministry was in the process of revising Pakistan’s cultural policy to ensure national integration and promote enlightened moderation.