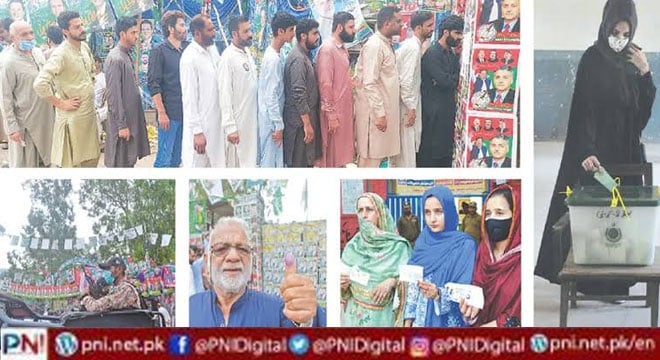 ISLAMABAD, Dec 3 (APP):The second phase of Local government Elections are being held in Ponch Division of Azad Jammu and Kashmir today (Saturday) and some 1017475 registered voters from 4 districts including Rawalakot, Bagh, Plundhari (Sudhnoti) and Haveli (Kahota) districts are going to use their right of franchise and elect their candidates.

According to AJK Secretary Election Commission Ghzanfar Ali Khan 3867 polling stations have been set up in Ponch Division and 3859 candidates are contesting elections in 787 wards of the Division. at least 9500 security personnel have been deployed at the polling stations and polling booths.

The 12 candidates have already been declared elected unopposed including 6 candidates from Rawalakot Municipality.

As per the AJK Election commission 695,049 voters including 320,747 female voters have exercised their right of vote and 1323 polling stations had been set up and 4500 security personnel had been deployed at these polling stations to ensure safety of voters and 7785 polling staffers.

According to the AJK Election commission the voting turnover remained above 70% which was unprecedented, that was the evidence of public interest with basic democratic institutions regarding the LG polls to resolve their basic issues at gross root level and improving the basic public infrastructure.