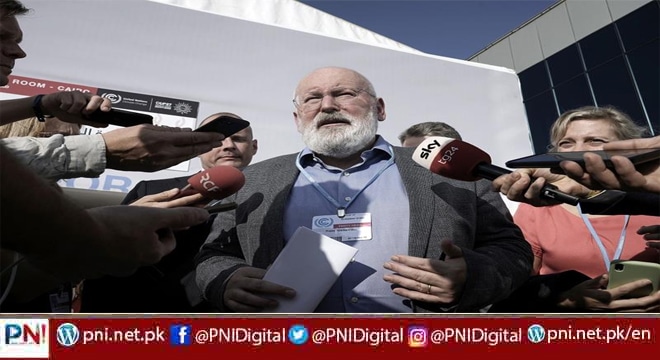 Sharm el Sheikh, Egypt, Nov 16 (AFP/APP):The European Union on Wednesday said it would dedicate more than $1 billion in climate funding to help countries in Africa boost their resilience in the face of the accelerating impact of global warming.

The initiative, launched at UN climate talks along with France, Germany, the Netherlands and Denmark, will combine “existing and new” programmes to prepare for future impacts of a warming world, European Commission Vice President Frans Timmermans said, without detailing the total amount of new finance.

The funding also includes an EU pledge of $60 million for climate “loss and damage” already being suffered, a contentious issue at the negotiations in Egypt.

While the UN COP27 climate talks have been billed as an “African COP”, observers have decried slow progress on providing help for the continent, one of the most vulnerable to a cascade of climate-driven floods, heat waves and droughts.

Timmermans said the initiative, set up in partnership with the African Union, was a “starting point”.

It will cover the collection of climate risk data, boosting early warning systems, disaster risk finance and insurance, as well as helping to attract private finance.

Ultimately, “we need a shift of trillions, not billions,” Timmermans said.