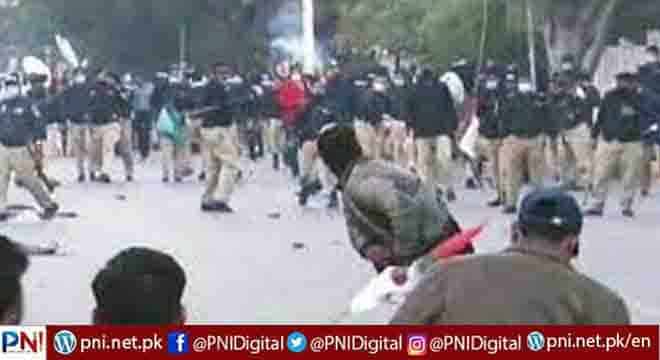 ISLAMABAD, Jan 27 (APP):Prime Minister Imran Khan on Thursday took notice of the violence by Sindh police against the peaceful sit-in of Muttahida Qaumi Movement Pakistan (MQM-P) and sought a report over the incident that led to the killing of a protestor.

“I have taken note of the violence used by Sindh police against MQM’s peaceful protest against Sindh’s LG law, & have called for a report from Interior Ministry, Sindh Chief Minister & Sindh Inspector General,” he said in a tweet.

The prime minister said action would be taken against the responsible persons in light of the findings of the report.

“Will take necessary action against those responsible after receiving these reports,” he said.

According to reports, a worker of MQM-P was killed and several others, including women, were injured when police fired tear gas and resorted to baton-charge on their sit-in outside Chief Minister House against the recently passed controversial local government law on Wednesday evening.