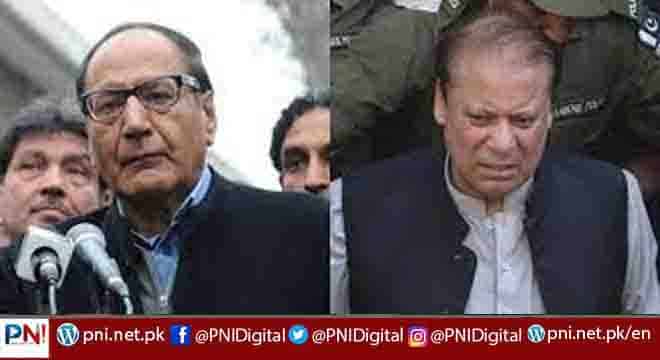 Lahore January 27 (Online): Pakistan Muslim League (PML) President Chaudhry Shujat Hussain has said that nowadays everyone is worried about Nawaz Sharif’s return, my personal opinion is that no matter whether Nawaz Sharif returns or not, it is absurd for those who are candidates for the Prime Ministership to talk about the return of Nawaz Sharif.

In a statement issued here today, he said that more money has been spent on Nawaz Sharif’s case than is alleged against him, they talk about guarantee of his return but keep in mind that no one can give guarantee about life and death, this authority is only with Allah Almighty.

Ch Shujat Hussain said to get out of the return of Nawaz Sharif and pay attention to the solution of public issues. He said that this is the year for working, but if remained engaged in such things, then May Allah save the country.

Ch Shujat Hussain further said that nowadays the leaders are busy in pulling each other’s legs which they will soon see the consequences for themselves but they do not talk about the people’s issues. There is hue and cry about inflation everywhere but no one gives a proposal to eliminate it.

Ch Shujat Hussain further said that if any party or leader gives a positive plan in the parliament to end inflation then I will ask all my members of the assembly to listen to them.