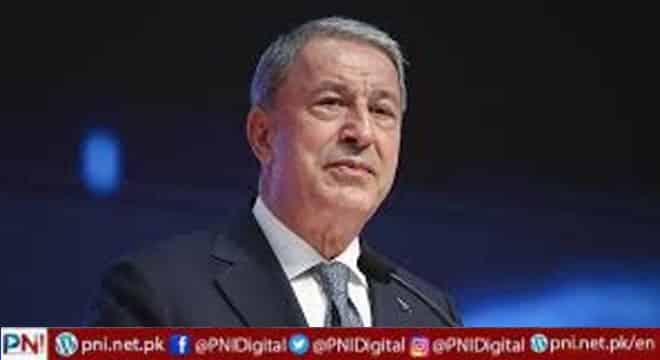 ANKARA, Dec 2 (AA/APP): Türkiye will never allow the emergence of a “terror corridor” on its border, the country’s national defense minister said on Friday, referring to terrorist groups such as Daesh/ISIS and the PKK/YPG.

“We will never in any way allow the formation of a terror corridor or the activity of terrorists” on Türkiye’s southern border, Hulusi Akar told reporters in the northwestern province of Canakkale.

A total of 491 terrorists have been “neutralized” so far in Türkiye’s ongoing cross-border campaign against the PKK/YPG terrorist group, he said, adding that the only terrorist organizations were targeted in the operation.

Recently, Türkiye launched Operation Claw-Sword in northern Iraq and Syria, a cross-border aerial campaign against the PKK/YPG, which has illegal hideouts across the Iraqi and Syrian borders where they plan and sometimes execute attacks on Turkish soil. Akar also urged Greece to abandon its tension-escalating actions and rhetoric in the region.