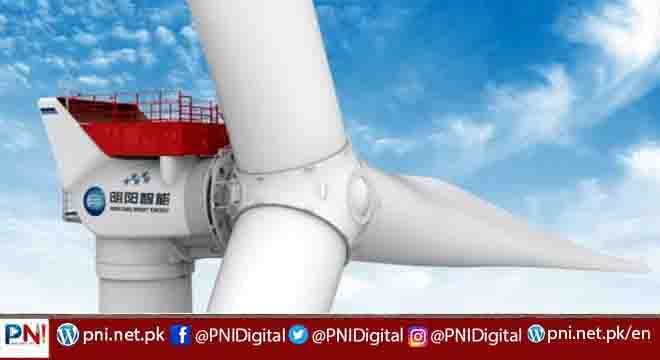 A single unit could produce clean electricity of 66 million kilowatt-hours per year, meeting the annual electricity needs of more than 36,000 urban households. Meanwhile, it will greatly save energy and reduce carbon emissions. It’s estimated that it’ll reduce the consumption of coal by 22,000 tons and reduce carbon dioxide emissions by 54,000 tons every year, Global Times reported.

The success of the 16- megawatt wind turbine marks a historic leap in the country’s wind power equipment manufacturing from following others to neck-to-neck competition and to a world-leading position, and sets a new example for the development of the sector globally, said Lei Mingshan, head of China Three Gorges Corp.

It’s worth noting that it only took a little more than a month for China to break its own record, as the company just rolled off a self-developed 13.6- megawatt offshore wind turbine in mid-October.

The industry boasts a long chain involving raw materials and key components in the upstream, with complete machines, submarine cables and offshore wind station construction in the midstream, and station and grid operation in the downstream. The development of a country’s offshore wind power industry reflects the country’s offshore equipment manufacturing capability, technological progress and marine economy, according to experts.

China’s offshore wind power industry is growing rapidly. A whole industry chain covering turbines, accessory equipment, offshore construction and operation has been formed, and the country’s home-made wind turbines have been exported to countries including Thailand, Turkey and Kazakhstan.

The country’s installed capacity of wind power exceeded 300 million kilowatts in 2021, ranking first in the world for 12 consecutive years. The figure was 1.4 times that of the EU at the end of 2020 and 2.6 times that of the US, according to data released by the National Energy Administration.

The country has also released a plan for developing a modern energy system during the 14th Five-Year Plan period (2021-25), striving to promote wind power in places with rich wind resources.