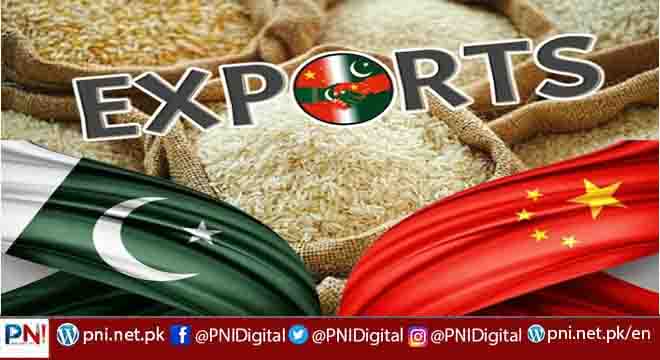 Data showed that during the first 10 months of 2022, bilateral trade in agriculture products increased significantly and China imported more than one million tons of different types of rice, increasing 41% on year to year basis.

According to GACC, the import of Broken Rice (Commodity Code 10063020) from Pakistan increased by 3.65% by the worth from $192. 57 million to $199.62 million and 20.50% by volume from 408,194.590 tons last year to 491,878.156 tons.
Commercial Counsellor at Consulate General in Guangzhou, Muhammad Irfan told China Economic Net that Pakistan is striving to increase its exports to China, particularly in the agriculture sector. Pakistani rice is getting popular in the Chinese market due to its good taste and quality.

“China is the largest importer of the world and Pakistani products are getting a place in this market while Chinese hybrid seeds and technology helped Pakistani farmers increase their yield. Good prices here also helped rice exporters to export rice to China,” Irfan added.

Zaheer Ahmad, a Pakistani rice exporter to China told CEN that Pakistan needs to import Chinese technology to further enhance rice exports to China because much rice has been wasted while polishing and shifting.

He further said that Pakistan has high-quality land that is suitable to cultivate diverse varieties of rice, ample young labor, and good environment for agriculture. But due to a lack of technologies previously, the low average yield and degraded seeds were the main reason for less export to China.

“Due to the floods, more than 45% of crops have vanished, which would impact our export to the world. Pakistani farmers face frequent natural disasters but we can learn from China to solve these issues through the latest technologies and techniques “, he stated.