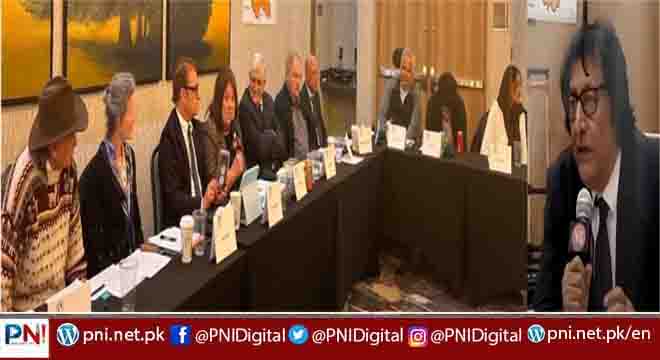 Congratulating the the board members in Texas Raja Muzaffar and Altaf Qadri after successful symposium on Kashmir Conflict, held under the auspices of Kashmir Global Council and South Asia Democracy Watch in Frisco Texas where Congress woman Terry Meeza was the chief guest and attended by well known Social activist Ms Beverly Hill and various political leaders academics US media including younge students.
After a full day discussion, discourse and deliberation by participants on Kashmir a resolution was passed.The participants were unanimous in agreeing to work on the resolution and carry it to a wider audience in the US Government. The resolution said that;
The Kashmir Global Council and South Asia Democratic Watch encourage upholding the Human Rights of the people of Kashmir and appeal to allow the UN Human Rights Commission to verify the report compiled by the UNHRC.

The participants pledge to support and facilitate our efforts for the peaceful resolution of the Kashmir issue in keeping with the legitimate aspirations of the people of Kashmir.

We endorse the contention of the people of Kashmir to represent their aspirations by themselves through their Senate which will have grass roots representative character said in the resolution.

The participants endorse the demand of the people of Kashmir to end all forms of terrorism in Kashmir.

They urge the international community, especially the United States, to reach out to the Indian state to end the deliberate politicizing of the justice system and its discriminatory functioning.