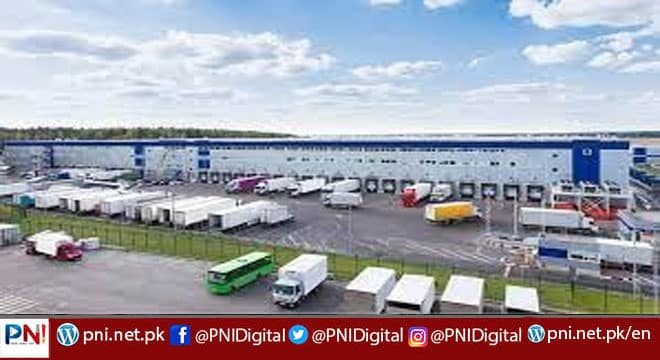 ISLAMABAD, Nov 29 (APP):The country’s economy is on track to achieve the growth target set by the government for the fiscal year 2021-22, according to monthly Economic Update and Outlook for November released by the finance ministry here Monday.

“The economy of Pakistan is on track to achieve the growth target for FY2022,” it says, adding that the 2nd estimates of the cotton crop along with the latest performance of high frequency variables were encouraging and set an optimistic baseline scenario.

However, the report notes that there were some risks to the economy associated with rising international commodity prices, widening of the current account deficit and subsequent pressure on Pakistani rupee.
Likewise, the cotton production of 9.4 million bales against last year production of 7.1 million bales show an increase of 32.8 percent. The Federal Committee on Agriculture (FCA) set the Rabi Crop 2021-22 target of wheat production at 28.9 million tonnes.

On manufacturing side, the largescale manufacturing (LSM) posted a growth of 5.15 percent in the first quarter of FY2022 against the growth of 4.53 percent same period last year. During the period, 12 out of 15 subsectors of LSM have witnessed positive growth.

The Consumer Price Index (CPI) inflation during July-October 2021-22 was recorded at 8.74 percent against 8.87 percent during the same period last year. Inflation had started declining after surging to 11.1 percent in April, mainly driven by a drop in the prices of agricultural products.

The Federal Board of Revenue (FBR) tax revenues increased significantly during July-October FY2022, exceeding its target by 14.7 percent for the period. In absolute terms, FBR collected Rs 235.9 billion higher revenues than the target fixed for Jul-Oct FY2022.

Within domestic taxes, the direct tax increased by 31.9 percent, sales tax by 41.4 percent and FED by 19.6 percent. While customs duty grew by 41.4 percent.
On monetary side, the State Bank of Pakistan (SBP) raised policy rate by 150 basis points to 8.75 percent on 19th November 2021 owing to associated risks related to inflation and Balance of Payment (BoP) while the outlook for growth has continued to improve.

The report says Pakistan was on a high growth path while at the same time, it is confronted with persistent inflationary pressure.
The level and degree of persistence of inflation was the consequence of depreciation that followed the previous balance of payments crises, reinforced by the acceleration of worldwide inflation and the exceptional surge in international commodity prices.

These events put a lot of stress on the external accounts, more specifically on the balance in trade of the goods and services and from there on the current account balance, it adds.
Government aims to alleviate this stress as much as possible by implementing structural measures as well as by demand policy management, according to the report.

In terms of demand management, fiscal consolidation, while protecting the vulnerable sections of the population from the surge in food and energy prices, is the main objective of fiscal policy.
At the same time, SBP is redirecting monetary policy from an accommodative to a more neutral stance, it adds.