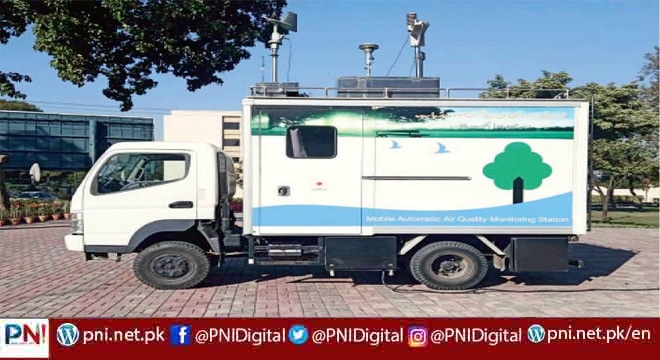 Parliamentary Secretary for Environment Mahjabeen Sheran inaugurated the newly installed technology here on Tuesday.
The provincial government had planned to install 10 AQMS in the border areas with an estimated cost of Rs 100 million, an official of the Balochistan government told APP.

The Environmental Protection Agency (EPA) has already advertised to appoint technical staff to run the technology to monitor the compliance of environmental laws at development and industrial sites.

The government is taking steps to ensure the installation of all AQMS at the earliest and within the approved funds to protect the environment and curb air pollution.

He said the AQMS would be installed at various sites, including Taftan, Chaman, Gwadar, Khuzdar, Hub, Loralai and other locations.

The official said that all available resources would be utilized to protect the natural resources which were necessary for preserving green environment.

The government had given approval for the establishment of the province’s first-ever environmental laboratory in Lasbela to ensure the protection of environment and marine life.

The environmental research laboratory will help identify and contain the toxic contaminants affecting the quality of water, soil, and air in the province. It will also provide researchers with a platform to conduct analysis on the effects of industrial waste and its impacts on the environment by using modern tools and technologies.

“The government is also planning to establish the office of EPA at Gwadar to ensure the strict implementation of environmental laws,” the official said.