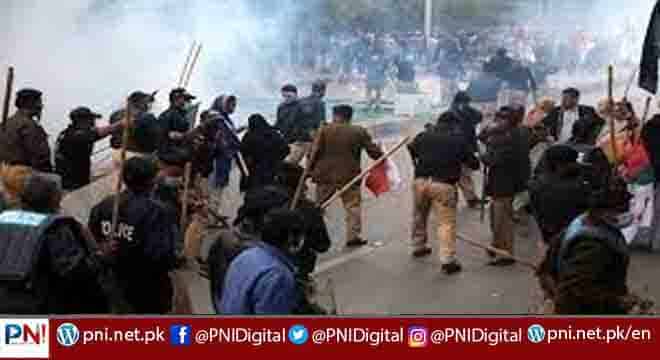 ISLAMABAD, Jan 27 (APP): Federal Minister for Information Technology Aminul Haque on Thursday said the Muttahida Qaumi Movement (MQM) wanted a transparent inquiry into the excessive use of power by the Sindh police on its peaceful protest in Karachi against the Sindh Local Amendment bill in which many innocent people were injured.

It was a shameful act of barbarism its perpetrators should be taken to task, he said talking to a private news channel.

He said the federal government also condemned the Sindh government act and consoled the MQM leadership on the incident.

He said the police have baton charged and fired tear gas at the peaceful rally without any warning due to which several workers of MQM were badly wounded, adding many workers were arrested and some missing during the protest.

Aminul Haque criticized the Sindh government for destroying road infrastructure and availability of clean drinking water for public in Karachi.

The minister said the MQM rejected 2013 and 2021 Local Government Act and demanded for financial, administrative power for mayor of the city.