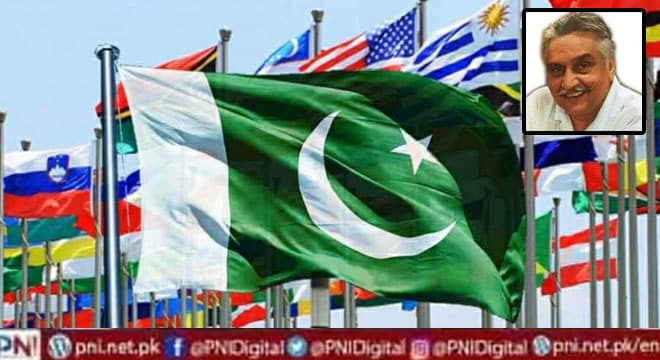 “Amavas” or “Amavasya” is a Hindi word for a moonlessnight. It is a dark night as the moon overlaps the sun. As the planets move in their orbit, it is also known as a new moon night. It has a major significance for Hindus. For verification, I spoke to my close Indian friends Arjun Desuja and Naresh ji. Their main festival, Diwali is celebrated on this day. It includes lighting deeyas (little clay pots) to bring light on this dark night and offer prayers for their gods Lakshmi and Ganesh.

The significance of this dark night came to mind as the nation was passing through the uncertainty and turmoil surrounding the appointment of new Army Chief. It is a relief that this prolonged drama has finally ended with all sides showing grace and acceptance. It was unnecessarily prolonged as the nation was perilously inching towards an economic collapse.

Amavas reminded me of a classic Indian movie of its time “Andhi”. It starred Suchitra Sen and Sanjiv Kumar, two iconic actors I enjoy watching. Its story has a similarity to Indira Gandhi, former Prime Minister of India. Oneparticular scene has been embedded in my mind. Walking in the backyard of a huge house, it is an awkward reunion of two former lovebirds with a gorgeous song playing in the background. Their paths had parted as Suchitra(Indira) moved ahead in her political career charted by the family legacy of Nehru. It was an intense emotional meeting enacted by hugely accomplished actors delivering moving dialogues. Sanjiv Kumar looking at the moon remarks “do you see it is the Amavas night?” “Yes” replies Suchitra “but this Amavas has gone on for too long.” These words so accurately depict the tragic events in Pakistan for the last eight months.

It is a new dawn raising hopes and inviting prayers of those who wish Pakistan well. However, as the new rays light up the surroundings, it will show all the scars and the warts on our national horizon. All the miscalculations that the previous Chief presided over will need to be corrected. General Bajwa’s swan song, his farewell speech was a golden opportunity for him to make a graceful exit. He should have used this opportunity to apply some balm to lower the temperatures by raising the olive branch. It would have smoothed the path for the incoming Chief.

Instead, the departing Chief embellished his speech by half-truths and misstatements. It may have lightened his heart but it was not a moment for vicarious pleasure, rather it was an opportunity to act as a statesman making a courteous departure. He called debacle of East Pakistan as political failure. Correct. Our valiant armed forces put up fierce and brave fight despite being greatly outnumbered by Indian Army and a hostile population supporting well trained insurgents. Who controls the politics in a Martial Law regime? Who offered their lap to an ambitious and ruthless Bhutto who would not permit a majority party to form the Government?

He admitted to the failure of RTS system during the vote count in 2018. History will determine whether it favoredPTI or was it done to deny them 35 seats that would have given IK a comfortable majority. It gave the Establishment an opportunity to cobble together a Government through subservient parties to keep IK in check and dependent on them.

General Bajwa’s venom was palpable against Imran Khan. He accused him of raising a storm based on the false premises of a cipher demanding success of the no-confidence vote against PTI. If that is correct why did NSC, in which you and your colleagues participated, issue the demarche to USA? Who was responsible for ordering prisoner vans to the parliament and PM House? Who got the Superior Courts to open at midnight?

General Bajwa and his team made a huge miscalculation about IK’s popularity and reaction of the masses to his engineered departure. The sudden outpouring of rejection of these actions by the people panicked him to jump from garrison to garrison to address serving and retired armed personnel to justify his actions. He declared corruption as a non-issue and facilitated the looters and plunderers to clean their slates by changing laws and going scot free.

General Bajwa’s team of ruthless enforcers spent the last six months, in cahoots with Sharifs, to suppress and brutalize the masses and eliminate opponents like Arshad Sharif and attempted to assassinate IK. He invited ire on social media against our respected Establishment never seen in the history of this nation. Yet in this farewell address he attempted to ignite popular resistance and spread thorns for the incoming Chief.

Fortunately this inglorious chapter has ended. There is an enormous need for all stakeholders to wake up from this prolonged nightmare and start the re-building exercise. There is tremendous need to resurrect the image of the Army through a complete withdrawal from the political arena.

All energies need to be focused to bring about political stability that will pave the way to control the economy from completely falling apart. How can it be achieved? By active involvement of all stakeholders to realize the urgent need to rise to the occasion. Agree on an election date and bring back normalcy to this battered nation whose masses need hope replacing threats and violence.