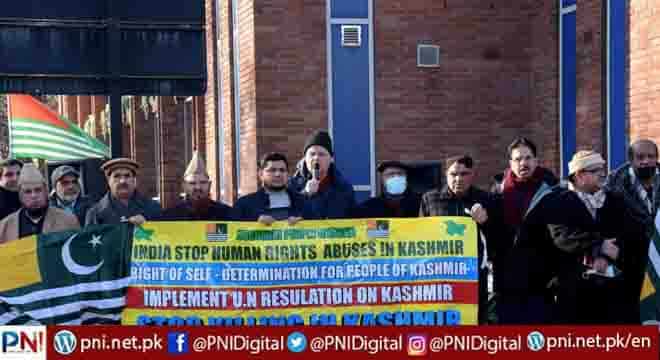 The Kashmiri diaspora in the UK were joined by members of Sikh community to express solidarity with innocent Kashmiris in IIoJK who are facing all-out war by occupying Indian forces. 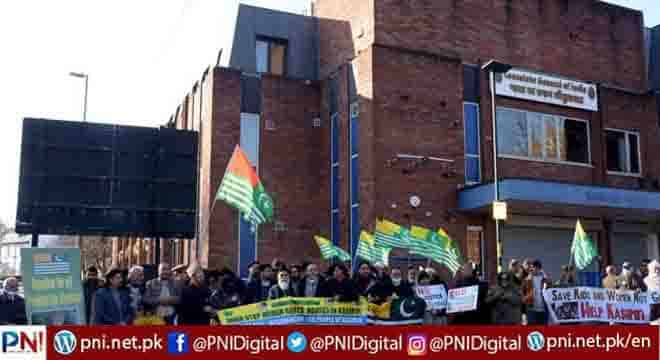 Fahim Kayani President Tehreek-e-Kashmir UK said: “Only a shameless country like India will take pride in celebrating its Republic Day while it illegally occupies Jammu and Kashmir through its military might.”
“Kashmiris challenge India to take out its one million occupying forces from Jammu and Kashmir and then celebrate its Republic Day,” Kayani asked. “India’s presence in IIoJK is just because of its military and this military might will have to end one day and that day is not far,” 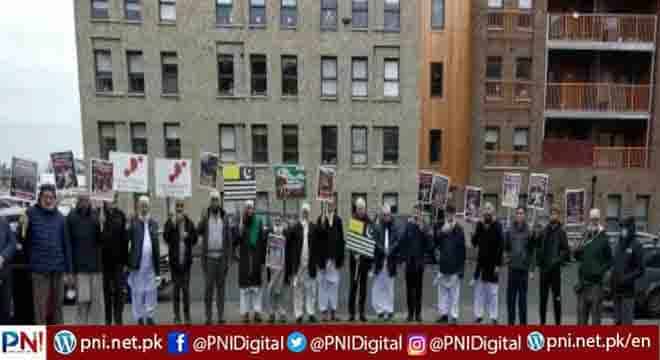 Ranjit Singh Srai, Coordinator, Self-Determination Council The World Sikh Parliament said ” It is commendable that Sikh and Kashmiri organisations here in the UK have, once again, protested on this ‘Black Day’ in history – a day on which the Indian state adopted a constitution that sought to legitimise its theft of the right of self-determination from the peoples of Punjab and Kashmir. Genocide perpetrators must never be allowed to succeed, if humanity truly aspires to live by a rules-based international order. The recent, well-publicised, open threats of genocide made by Hindutva-professing leaders in India shine the light on what the alternative will look like.”

Tehreek-e-Kashmir also held demonstrations in Nelson, Glasgow, Leeds, Bradford and Reading to remind the United Nations and international community of its obligation to end illegal Indian occupation of Kashmir. 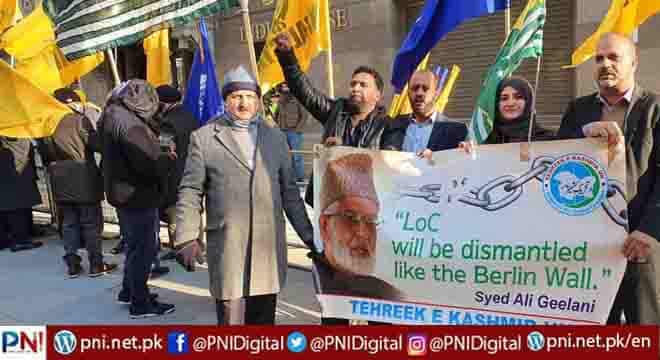 Muhammad Ghalib President Tehreek e Kashmir Europe said. “The memories and guidance given by our leaders Shaheed Syed Ali Geelani and Shaheed Muhammad Ashraf Sehrai is itched in our minds to challenge India every day over Kashmir.”
“We will not forget it and will continue to fight for our legitimate right to self determination ,” Ghalib asserted.

Hanif Raja MBE, President TeK Soctland in his remarks reminded Kashmiris in IIoJK and in diaspora about countless sacrifices made for freedom of IIoJK. “We have no luxury to forget the sacrifices made by our innocent people for freedom of Kashmir from the ugly clutches of India,”
Mian Muhammad Tayyib secretary general of Tehreek-e-Kashmir Europe also moderared a virtual conference to deliberate on freedom movement going on in IIoJK and mark Jan. 26 as Black Day.

Mr. Mirza Salman Babar Baig, Consul General of Pakistan in Spain, attended the conference and reiterated Pakistan’s unflinching support to people of IIoJK.
He said Pakistan will continue its diplomatic and moral support to Kashmiris to achieve their right to self-determination as promise din various UN resolutions.

Ch Shanwaz President APKCC , said Kashmiris are “brave people who will not be cowed down by India’s military might.”
While addressing the protestors outside the Indian High Cimmission London Ch Muhmmad Sharif Senior Vice President Tehreek e Kashmir UK said “The love for freedom is deep in our hearts and blood. India cannot hold Kashmir for long. Kashmiris in IIoJK will break the chains of slavery and force Indians out of our beloved land,”